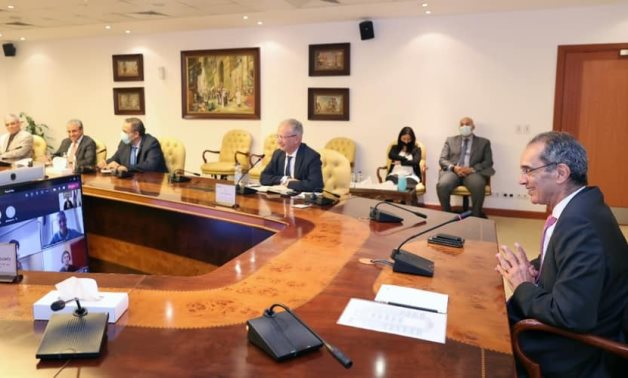 Investments in tech startups in Egypt have increased over the last couple of years. The Egyptian government has also taken steps to encourage entrepreneurship. In 2017, the Ministry of Investment announced plans to create a special fund to support startups. This year, the ministry launched a new program called Startup Egypt, which offers grants to entrepreneurs who want to start their businesses.

Startup Egypt aims to provide funding for young entrepreneurs who are looking to launch their startup projects. The program provides $50,000 per project, which can be used for anything from developing a prototype to hiring employees. Startups can apply for funding through the Startup Egypt portal.

The program is part of the larger Startup Nation initiative, an international effort backed by the United Nations that encourages entrepreneurship around the world. To date, more than 2,500 companies have been created in 160 countries worldwide through this program.

In addition to providing funding, the Startup Egypt program also works with entrepreneurs on marketing strategies and other business development services. According to the ministry, the program’s goal is to help these startups grow into successful ventures.

The Egyptian government is not the only one investing in startups. Other investors include venture capital firms such as Khosara Ventures, Accel Partners, and 500 Startups; angel investment funds like Arab Angels Fund, Masr El-Shorouk Fund, and Al-Masry Capital; and private equity funds like Giza Group and H2O Capital. These organizations work together to invest in promising startups across different sectors including fintech, healthcare, education, foodtech, energy, and transportation.

This increase in interest in startups comes at a time when the country’s economy is improving. Last year, the World Bank ranked Egypt as the best place in Africa to do business. It also reported that the country had the highest number of economic reforms since 2006.

According to the International Monetary Fund (IMF), Egypt’s gross domestic product grew by 3% in 2018. The IMF expects growth to continue rising throughout 2019. However, it warns that the country must take measures to reduce its public debt. The IMF estimates that Egypt’s public debt will reach 86% of GDP by 2022.

Despite all the positive news about Egypt’s economy, there are still challenges facing the country. For example, unemployment remains high. In fact, according to the latest statistics from the Central Agency for Public Mobilization and Statistics, unemployment stood at 16.6% in December 2018.

Despite this, some experts believe that Egypt’s economy could improve even further if the country were to implement policies that encourage job creation. One expert says that the country needs to focus on creating jobs for women. He argues that many women leave the workforce once they get married or pregnant because they have no choice but to quit their jobs.

Another challenge facing the country is poverty. According to the World Bank, nearly half of Egyptians live below the national poverty line. This means that they earn less than $2.1 per day.

However, despite these challenges, the country has made progress in recent years. In 2017, Egypt was named the most attractive destination for foreign direct investment in Africa. The same year, Forbes listed Egypt as the second most attractive startup hub in the Middle East after Israel.

From Silicon Valley To Cairo: Plug And Play Egypt Becomes A Reality
Scroll to top